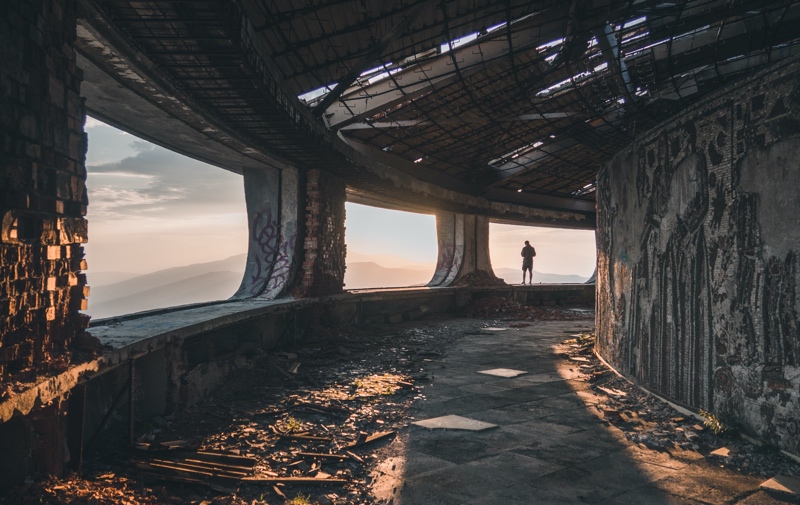 “Single source of truth” has become a buzzword in the iOS community after WWDC 2019 Data Flow Through SwiftUI session.

SwiftUI framework was designed to encourage building the apps in the single-source-of-truth style, be that Redux-like centralized app state or ViewModels serving the data only to their views.

It feels natural to use @ObservedObject or @EnvironmentObject for the state management of such views, as the ObservableObjects fit the design really well.

But there is a little problem.

As I’ve been exploring how SwiftUI works under high load, I discovered severe degrade of the performance proportional to the number of views being subscribed on the state update.

We can have a couple of thousands of views on the screen with just one being subscribed - the update is rendered lightning-fast, even for a view deep inside the hierarchy.

But it’s sufficient to have just a few hundreds of views subscribed on the same update (and not being factually changed) - and you’ll notice a significant performance drawdown.

This means if we’re building a large SwiftUI app based on a Redux-like centralized state, we’re likely to be in big trouble!

Wrapping every view in EquatableView

At first glance, EquatableView looks like the perfect candidate for solving this problem.

But even if the mystical undocumented behavior of EquatableView is addressed someday in the future, we still won’t be able to compare views that reference mutating state objects, such as EnvironmentObject or ObservedObject.

Let me explain why. Consider this simple example:

We’re opting out of the default SwiftUI diffing strategy by conforming to Equatable:

…and wrapping the view in EquatableView:

Now everything should be good, right?

You run the code and see that things got only worse: now the view freezes in its initial state and never gets redrawn.

So, what’s going on?

While lhs and rhs are two distinct instances of the CustomView struct, both copies are referencing the same shared object.

Because AppState is a reference type, SwiftUI won’t copy it upon mutation, so you’re basically comparing object instance to itself.

The == func always returns true, telling SwiftUI that our view does not require re-calculation. Never.

Snapshotting the state in the view

Ok, since we cannot rely on comparing references to the ObservableObjects, how about storing the snapshot of the previous state in the view when it receives an update?

In the == func we are comparing the prevValue to the updated appState.value, so this should work fine…

But it doesn’t. The reason - this simply won’t compile. body is immutable, so we’re not allowed to set prevValue in it.

There is a workaround to this problem - we can create a reference type wrapper for storing the prevValue, but this all starts to be really cumbersome and smelly. In addition to that, the == func is not always called, making this approach worthless.

How about something more elegant?

Prior to the release of SwiftUI and Combine frameworks I had a chance to try Redux state management on a large-scale UIKit app, and the combination of ReSwift with RxSwift worked really well.

The problem of massive state updates was not so apparent, but I still used filtering of the updates in the pipeline to reduce the load:

There is a function distinctUntilChanged is RxSwift (aka skipRepeats in ReactiveSwift and removeDuplicates in Combine) that allows for dropping the unnecessary update events when neither of the values used in the specific view got changed.

This approach would work for SwiftUI as well, but data bindings produced by @State, @ObservedObject and @EnvironmentObject don’t have this filtering functionality.

To me, it was surprising that Publisher from Combine is incompatible with Binding from SwiftUI, and there are literally just a couple of weird ways to connect them. 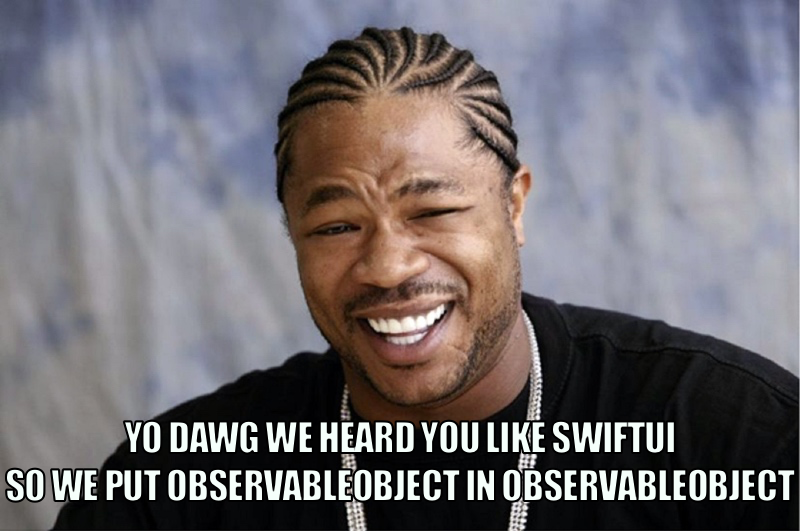 If we want to stick with the ObservableObject, there is literally no way to skip an event from the inner objectWillChange publisher, because SwiftUI subscribes to it directly.

We can make this wrapper generic and highly reusable. @dynamicMemberLookup attribute allows the client code to interact with the wrapper just like with the genuine object.

You can find the implementation of Deduplicated on Github gist, but here is the conceptual part:

It is observing the objectWillChange of the original object, takes the snapshot of AppState by only including the values used in the specific view and then removes the duplicated values. In the end, if the snapshot is different than the previous one, it triggers objectWillChange on the wrapper object used by the view.

On the consumer’s side, what we had:

…can be reworked in this manner:

And that’s it! Now AppState can generate tons of updates, but only the ones containing different .value will be forwarded to the view.

I should note two downsides of this approach:

Using Publisher instead of the ObservableObject

You know what, I’ve had enough of ObservableObject!

Seriously, the currently available API for Binding provides absolutely no control over the values flow.

You constantly need to bridge between it and Publishers from Combine, which are naturally used for networking and other asynchronous business logic.

I cannot see any use case where @ObservedObject or @EnvironmentObject would outpace the solution I’m about to propose when dealing with a centralized app state.

This approach has many benefits:

Just to complete the example with the full code, here is the AppState and its injection:

I’ve tried several ways to implement the reversed data flow from the standard SwiftUI views back to the AppState. The one that finally worked well was wrapping the Binding submitted to the SwiftUI’s view into the middleware that forwards the values to the AppState:

There are some ways how this whole solution can be improved syntactically (most notably by using keyPaths), but conceptually it is a more performant alternative to both @EnvironmentObject and @ObservedObject.

For the latter, you’d be injecting CurrentValueSubject as the init parameter of the view, in place of the object.

You can refer to the sample project where I use the described approach.

If you’re trying to wrap your head around SwiftUI’s ObservableObject, @ObservedObject and other fancy constructions, I’d highly recommend you my other article “Stranger things around SwiftUI’s state”.