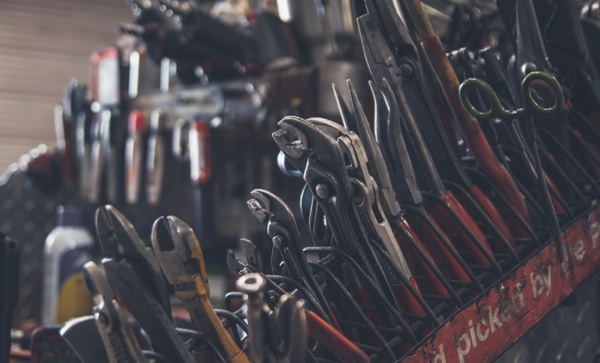 This article continues the series of posts about callback techniques in Cocoa, their comparison & benchmarking. If you’re familiar with the concepts of Closure, Target-Action and Responder chain, you might want to skip the introduction and go straight to the Pros & Cons of each. Happy reading!

Although this series of the posts is called “Callbacks in Cocoa”, the word “callback” is usually used as a synonym for Closure (or Block).

Closure and Block are two names for the same phenomenon used in Swift and Objective-C respectively.

The documentation says that the “Closures are self-contained blocks of functionality that can be passed around…“.

If you think about it, regular objects of any class are also “self-contained blocks of functionality” that can be “passed around” by the reference, but Closure is its own beast.

Just like objects, a Closure has associated “functionality”, that is some code to be executed, and also Closure can capture variables and operate with them as would an object do with its own variables.

The key difference is that the functionality of an object is declared by its class implementation, which is a standalone structure, but for Closure, we write its implementation in place of use, where it’s passed somewhere else as a parameter.

Although a Closure has characteristics of an object, to a bigger extent it is a function. Because this function is declared without association to a type, it is also called anonymous function.

The easiest way to grasp the concept is to see an example, and if we are to solve the Pizzeria problem from the previous post, we could end up with the following code:

Target-action on its own is a design pattern, but conceptually it’s a variation of the command. Traditionally this callback technique is used in Cocoa for handling user interactions with the UI but is not restricted to this use case.

The client code provides two parameters in order to receive a callback in the future - an object and a function. In this context, the object is target, and the function is action.

The callback then is fulfilled by calling the action function on the target object.

It’s not a trivial case for a programming language when an object and its function are provided separately, so this technique requires support from the language.

For example, Swift does not allow us to do the trick of calling an arbitrary method on an arbitrary object, so we’d need to appeal to Objective-C if we wanted something like that to work in Swift project.

On the other hand, there are a few ways how we can perform the action on the target in Objective-C (thanks to volatile Objective-C runtime). In this example, I’m using the class NSInvocation, which suits our needs the best.

Implementation of the Pizzeria problem with target-action would look like this:

Although responder chain is the core mechanism in UIKit originally designed for distribution of touch and motion input events for the views and view controllers, it certainly can be used as a callback technique and in some cases is a great alternative to the delegation.

In Cocoa pretty much every class related to the UI is a direct or indirect descendant of the UIResponder class, thus the responder chain is truly pervasive in the app and includes every view on the screen, their view controllers, and even the UIApplication itself.

A great feature of the responder chain is that it is maintained automatically unless the developer wants to implement a custom UIResponder (which I cannot foresee when might be needed).

So, suppose you have this nontrivial view hierarchy:

Not every UIResponder can send a message in the pipe - in Cocoa, there are only two classes which can do it: UIControl and UIApplication, and UIControl in fact uses UIApplication’s API for that.

It’s possible to send actions on behalf of UIControl…

… but normally you’d use UIApplication

As written in the docs, if we provided non-nil UIResponder object in the from parameter (this could be our current view or view controller), the responder chain would start traversing from this element, otherwise, when the from parameter is nil, the traverse starts at the first responder.

For the needs of calling back through a few layers of nested child view controllers, we should always specify the from parameter, because first responder does not necessarily belong to our subviews hierarchy.