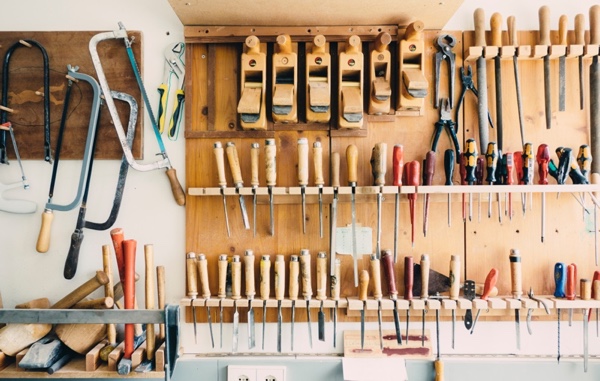 This article continues the series of posts about callback techniques in Cocoa, their comparison & benchmarking. This one is about Promise, Event, and Stream, their pros & cons. Happy reading!

What’s the most challenging problem for you when writing an async code? For me, it’s to keep the async code as readable as the sync code is (considering your sync core is readable 😜). Unfortunately, neither Swift nor Objective-C have the support of the async-await syntax like C# has, so we have to deal with the routine of the Closure callbacks, which is truly the best tool among standard solutions we have in our disposal.

As discussed in the previous post, when we use Closures as callbacks the code can quickly become hardly readable, because the only way we can chain callbacks is to nest one into another, forming the pyramid of doom.

In fact, this construction of a few callbacks nested in each other can cause even more inconvenience:

So, after using standard callback techniques through the length and breadth I came to a conclusion that their drawbacks are so significant that I needed to look for better tools, and these are Promise, Event and Stream.

Although the concept of Promises (aka Futures) is ancient as dinosaurs, it has been rediscovered by the JS community not so long ago and then rumors reached Cocoa developers as well.

Promises mitigate all the aforementioned problems: they have straightforward error handling, they support cancellation, can organize parallel tasks and make the code to look more sync-like.

So, how do Promises work?

Just like a BlockOperation, Promises use Closures for encapsulation of the client code, which is triggered at an appropriate time.

When we need to chain a few async tasks to perform one after the other, instead of nesting callbacks, Promises allow us to put the callbacks’ code in a natural order one block after the other, forming a chain rather than a pyramid.

This makes the code much easier to read and maintain.

Consider an example: we need to send two subsequent network requests: at first load a user and then using its id send another request for user’s posts. While requests are working, we need to display a “Loading…” message and hide it when both requests finish or when either fail with an error. In the error’s case, we should display it’s description.

A lot of business logic, huh? But see how gracefully this can be coded with Promises:

As you can see, there are a few chained async operations written in a natural order of how they are performed. The code is more declarative and explanatory than with nested Closure callbacks.

Pure Cocoa doesn’t provide us with a native citizen for Promises, so the code above uses PromiseKit library, but there are also BrightFutures and Bolts, you can choose your favorite.

If Promises can be used as a replacement for Closure callbacks, Events are a great altrnative to standard delegation, target-action and NotificationCenter discussed in two previous posts.

Isn’t it cool that those three different APIs each having many drawbacks can be thrown away and replaced with one, very simple yet functional API? Event is a truly great alternative when you realize the problem of using the standard tools, but not yet willing to use Streams from Functional Reactive Programming.

The concept of Event can be found in C#, where it has support on the language level, but in Cocoa, we have to add a third-party library for Event. This can be Signals, or EmitterKit.

What’s really charming about Events is the simplicity of implementation - Event libraries are usually just about couple hundred lines of code, as opposed to Promise or FRP frameworks, where the size varies from 5,000 to 55,000 lines of code.

Events provide a generic mechanism for sending notifications to one or many recipients. The notification can carry any set of parameters of any types (thanks to Generics) and are delivered to subscription Closures.

Take a look at the example:

As you can guess from the code above, the DataProvider is going to be the source of notifications. Now see how the other modules can subscribe for and handle the notifications:

“Asynchronous data stream” or just Stream - is the main concept behind Functional Reactive Programming frameworks, such as ReactiveSwift or RxSwift. FRP is a fairly big topic, so I’ll give a short reference here and focus on its Pros and Cons, while you can read a more detailed introduction somewhere else.

We just talked about Event, so in this case, the Stream is the “Event on steroids”:

¹ When combined with ReactiveCocoa or RxCocoa, Streams form a fully-fledged toolkit that replaces many things we got used to in Cocoa, including previously discussed delegation, target-action, and other techniques. More than that, most of the code boilerplate we had in our apps, such as when working with UITableView, now can be replaced with literally one-line-of-code UI bindings and data streams manipulated by functional operators.

Although the functional code is preferred and highly encouraged by those libraries, the developer can choose to which extent he wants to dive into the functional programming world - at a bare minimum we can use Streams just like Events - for notification delivery, writing the callback closure in imperative style.

Below is an example from ReactiveSwift, which demonstrates how compact could be the code that sends search requests as the user enters the text, keeping only the latest request alive:

If you never worked with FRP libraries, you might not know what flatMap does, or why you even need a SignalProducer here and not a Signal. For a developer joining the FRP world, this is the main challange - a lot of unknown functions, operators and even bizarre code formatting to get used to.

From a developer’s standpoint, Stream is the most challenging “callback” technique to learn among those discussed in this post’ series; but as the outcome, you get significantly bigger opportunities.

And again, if you want to learn more about FRP, here are a couple usefull links for you to get started, and a comparison of ReactiveSwift and RxSwift if you want to decide which one to use in your project.